How Effective is the Traditional Chart Rounds Meeting? 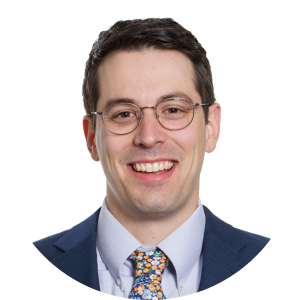 Across the country, both small and large Radiation Oncology clinics take part in a weekly chart rounds meeting to perform peer review and ensure that all upcoming or recently started treatments are following established protocols.

These meetings typically last one hour. Because these meetings involve multiple members of the staff, they are an expensive expenditure of valuable resources. Therefore, it’s important to take a step back and critically examine the meeting’s effectiveness in accomplishing one of its primary goals – to identify problematic plans.

A recent 2019 study1 examined the effectiveness of the traditional chart rounds meeting. In the study, the authors generated 20 treatment plans with simulated errors identical in nature to those reported to the Radiation Oncology Incident Learning System (RO-ILS). The errors within these plans were not trivial, but serious in nature, and highly detectable in 17 out of 20 instances.

The group then inserted the problematic plans into the traditional chart rounds meeting for review, unbeknownst to the rest of the staff, over a nine-week period. The goal was to identify how often the staff could detect the few problematic plans mixed in with the approximately 40 other plans that needed to be reviewed in the meeting. The results of the study were startling.

Nearly half (45%) of the problematic plans over the nine-week period were not detected by the staff. Unfortunately, 67% of the target volume errors were not detected either. It goes without saying that these plans would have continued on with treatment, potentially causing serious harm to the patient and likely affecting their outcome.

While this examination of the effectiveness of chart rounds is the first of its kind and a subsequent multi-institutional study is planned, it still gives us great insight. An obvious question that comes from these results is, “Why isn’t the traditional chart rounds meeting effective at identifying all problematic plans?”

Why Are Problematic Plans Slipping Through?

One possible suggestion from the authors is the wallpaper effect which is a, “cognitive bias that suggests that repetitive decision making (judging a plan adequately or inadequately) promotes a tendency to favor the status quo (e.g., no modification necessary)”. Another possibility put forth is that the length of the meeting hampers the staff’s ability to continually focus. Finally, the authors suspect that, “unexpected, time-sensitive clinical responsibilities drew staff away (physically or mentally) during chart rounds, decreasing later participation.”

While these all may be contributors, they are difficult to avoid or alter in a busy clinic. One possibility that we may not be considering is that the current system(s) being used in most clinics for chart rounds meetings limit what information is easily available for a robust review, and make the already constrained time we have to review each plan even worse.

One statistically significant trend that the authors call out in the study is that the staff was much better at identifying problematic plans within the first 30 minutes compared to the last 30 minutes (75% vs. 25%, respectively). We know that before the meeting even begins, time for each review is very limited. If the staff needs to fumble around at any point during the meeting to adjust the layout or load elements on-the-fly, all remaining plans (usually those in the last 30 minutes) receive a less robust review because less time is available.

In order to address these concerns, it is critical that clinicians reconsider the system(s) and processes used for their peer review efforts. It has become increasingly important to have a system that:

1) prepares all relevant information for the peer review meeting, but does so in a way that does not increase the burden on the staff

By implementing these elements, you can be confident that all plans receive the same robust review, regardless of when they appear in the meeting, and that you are making strides toward identifying all problematic plans.

MIM Harmony, MIM Software’s platform for enhanced peer review, was designed with these elements in mind. If you’re interested in exploring how MIM Harmony can improve your chart rounds meetings, visit our website.

This is the first in a series of blog posts examining the current state of peer review in Radiation Oncology, common challenges, and opportunities for improvement.

Jeff Kuhn is a Senior Account Executive at MIM Software. Jeff works hand-in-hand with centers across the country to revamp and improve their current peer review processes to improve patient care. He has been a key contributor to the development of MIM Harmony.

You can visit him online at

Why Manual Case Preparation for Peer Review Is Hurting Your Clinic

A growing number of centers understand that simply reviewing screenshots of the plan within a...

In our first blog, we discussed the first fundamental goal of peer review – how clinics can more...

It is a well-established fact that automation and standardization are two key pillars in not only...